In July 2019 I hopped on the train to Maastricht to start my first proper bikepacking trip on my ECR. The Ardennes Arbalete sparked my interest months prior. I just got my Surly ECR in May, and went for an overnighter in the Veluwe (NL) in June. Hence, I didn’t quite know what to expect on a multi-day tour. Questions like; How will the bike hold up? Will the powerbank have enough juice? Can I bring enough water and food? Will bringing two t-shirts be sufficient? The next couple of days would get very hot though, averaging abouve 40 degrees Celcius, so I’d find out soon enough whether I was able to bring enough water.

Residing in the Netherlands, this route is great to get started with. Once in Maastricht, it’s roughly a 70km ride to join this route. It’s not a very nice ride though. There are lots of small towns, busy roads, industry and farms. I usually find the first day hard to get going and acclimatize, so this was a tough day for me. At the end of the day it was pouring down for hours. Luckily the camping site had quite a bunch of trees offering a bit of protection from the rain while I set up my tent.

Starting in Membach, this route instantly becomes amazing. Immediately entering the forest, it passes a super nice lake on its way to entering les Hautes Fagnes national park. After 10km in, the route started getting overgrown, with fallen trees and ferns and bushes over two meters high crossing the route it became very hard to continue cycling. And when cycling becomes impossible, you start pushing. This only lasted for a couple of k’s though. The route was super pretty overall, covering lots of gravel and logging roads after exiting the High Fens.

Overnighting near the border with Luxembourg, I found out the next day would be a national holiday; Belgium Independence Day. I was all excited having camped near a bakery… which was closed :-) The route continues following nice gravel and singletrack roads. Some of which following rivers criss-crossing through the southern part of the Ardennes. There were lots of forests, crossing some cozy old and small towns. Most, Achouffe being one of them were quite crowded though, so I wasn’t able to get a nice La Chouffe beer at the brewery. Like the two days before, this was the third day in a row with temperaturs in the afternoon above forty degrees celcius. I was very happy I had put an extra bottle rack at the bottom of my bike, allowing me to carry an additional 1.5L of water.

The fourth day I started near Saint-Ode and was the last day of relaxed touring. So far I had gotten lots of sun, and this day would be no exception. The temperatures were rising even further, towards 45 degrees Celcius. While riding, especially in the forest it’s quite doable. Stopping for a little break is a pain though, as you immediately feel the heat radiating on your skin. When nearing the city of Liege, the type of campings noticably change. Whereas most campings so far were fairly quiet mostly suited for tents and caravans, the campings near Liege are the kind of places for city people owning a small cottage outside of the city. During my last stop I ended up at one of these modern campings requiring a fancy smartcard to be able to shower, for which they required a 50 Euro deposit. Completely insane if you ask me.

The fifth day I had to take some shortcuts on my way to Liege. The heat was starting to get quite a pain, and I found it got increasingly harder to find a nice campsite as I was approaching Liege. I took the train at Liege Central Station back to Maastricht. Luckily, bikes were allowed! This train was quite old, and the bikes need to be put in a special section behind the train driver’s cabin. 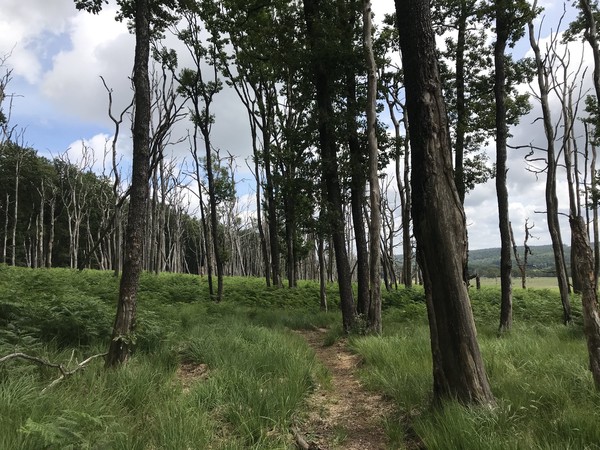 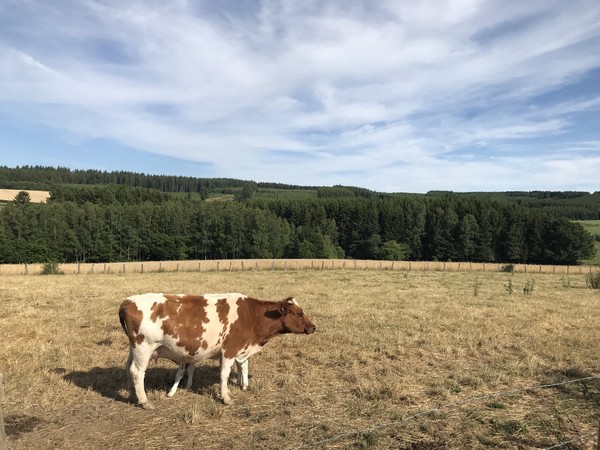 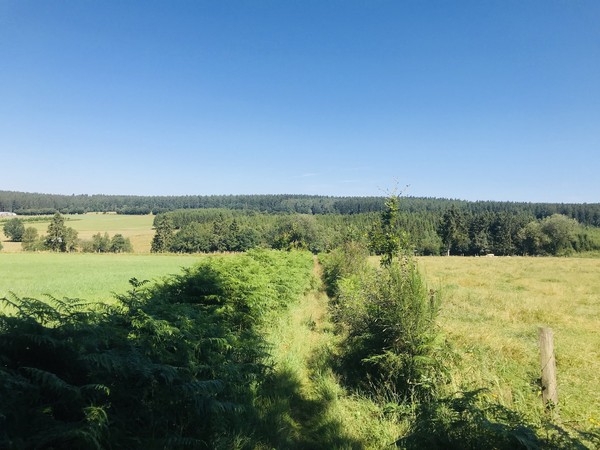 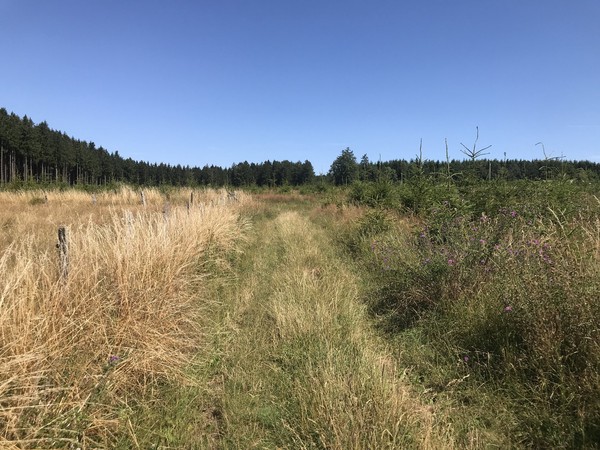 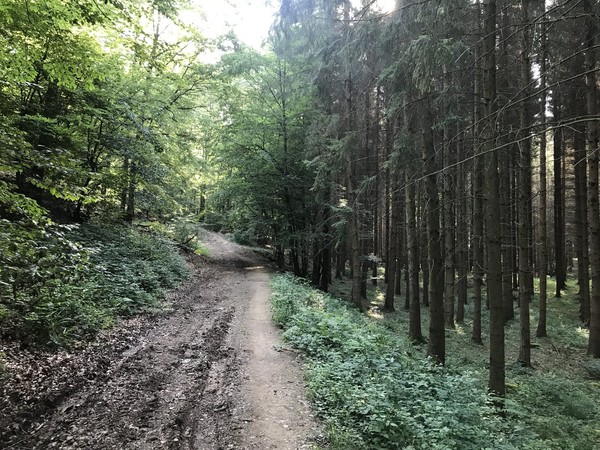