On Monday the 11th of November 2019 I set out to Ijmuiden (NL) to hop on the ferry to Newcastle and start my first ever bicycle tour in England, the Peak District. From there I’d catch the intercity train to Sheffield where I’d change to a regional train that’d take me to Heathersage. A couple degrees Celsius above zero, it was apparent fall had set in on the English midlands.

Starting on my bike tour Wednesday morning, I had about 70 kilometers of mountainbike trails ahead of me. Despite having prepared a piece of paper on which I’d written down a bunch of ho(s)tels available along the route, I also brought my tent in case of emergencies. With the harsh cold, and not having camped in the wild before I hoped I wouldn’t need it though.

I immediately took the wrong turn when starting the route though. It was a bit confusing as the route both starts and ends in Heathersage. I only found out after about ten kilometers though; noticing I was cycling down south for quite some time on a route that should take me northwest. Instead of backtracking to the start, I continued my way and decided I’d do the route in reverse.

More bad news was on its way though. After a couple of minutes cycling, the valve on my rear tire was leaking air. Not having brought a proper wrench it was a bit of a struggle to get it properly sealed back up. When unscrewing the pump from the valve, the valve itself would unscrew as well. After messing around with this for twenty minutes, it all seemed fine and I was kind of hoping the tubeless sealant would help me out a bit as well, sealing the last tiny gap that might have been left.

The scenery was amazing though, and so were most of the tracks. The first part takes you through the moors east of Heathersage. It bends of south rather quickly though. A little later, there’d be pools of mud so deep it’d make the part of my wheel until the disc brake disappear. At other places it was super, super slippery, Especially the part west of Tideswell had a special kind of mud even my 3" tires couldn’t get their grip on. But that’s all part of the fun eh :) Talking about fun; the old railroad and tunnel on the Monsal trail is very nice as well, crossing a big bridge when exiting the tunnel offering a great view over the fields below. I ended my first day in Edale where I could warm up a bit. I’d really need it for the second day; as it was going to be horror.

Rain had set in on Thursday. Cycling north of Ladybower Reservoir I encountered a couple of very steep climbs on tracks with a lot of very loose gravel and rocks. The higher I got, the colder it became. The wind was blasting over the ridge at the top of these hills, with the barren landscape offering no protection against the wind, rain and hail. After a couple of nice descends, the forest around Derwent Reservoir would offer a bit more protection against the elements. Lots of roads were closed down for cars in this area because of the risk of flooding. Despite, there was even a little shop open allowing me to get some coffee and have a good lunch.

Continuing North, elevation increased, the road turned to singletrack and the moors made their reappearance. And so did the bad weather. It was snowing and storming pretty heavily up in the hills, and the trail was completely soaked. Even the little mountainbiking side-trails around the main trail was completely swamped, and so was the backup side-trail. After some clims and descends my brakes gave out. My bike was still pretty new, so the cables may need to wear in a little bit and require some tensioning after a while. Up there in the snowy conditions I really felt that wasn’t a great time for this to happen. But again, it’s part of the fun :-)

Exiting the trail, I had to hurry to Glossop, the nearest town that had a place for me to stay the night. There isn’t a lot of daylight in November, and around 16:00 it would already start getting dark. I jumped on the regional highway to Glossop and with my hands completely frozen I got there just in time before dark. That evening I straight out had the best Indian food I ever had.

The third and fourth day were rather boring compared to the first two. They were a little shorter as well averaging 45 km a day. The weather was very nice with only some occasional downpour and a constantly rough wind while traversing the ‘summits’. The trails were fun, the clims were steep and the descends were fast. The fifth day I had a day rest to get to Sheffield to fetch a train ticket to get to Newcastle on the way back. The schedule was tight but everything worked out well. It was a super fun week having a bit of everything; my first time cycling in the UK, and I thoroughly enjoyed it! 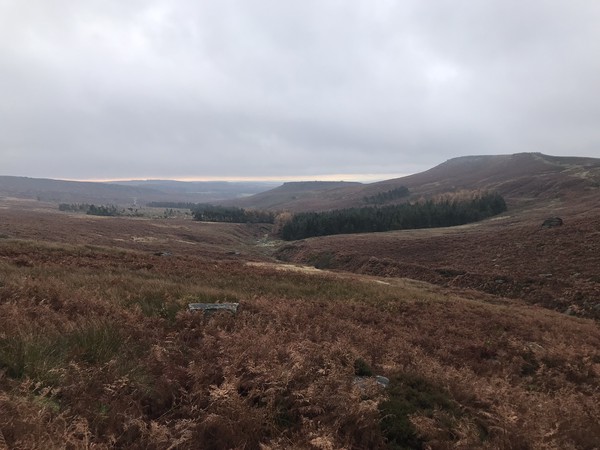 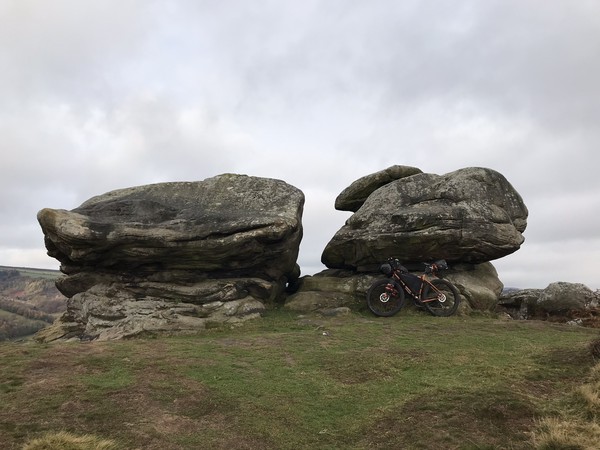 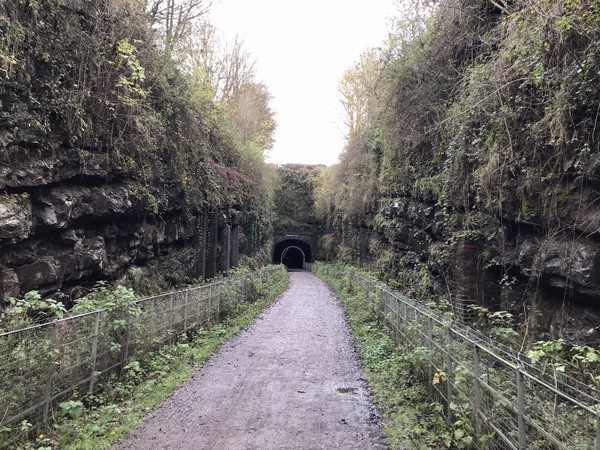 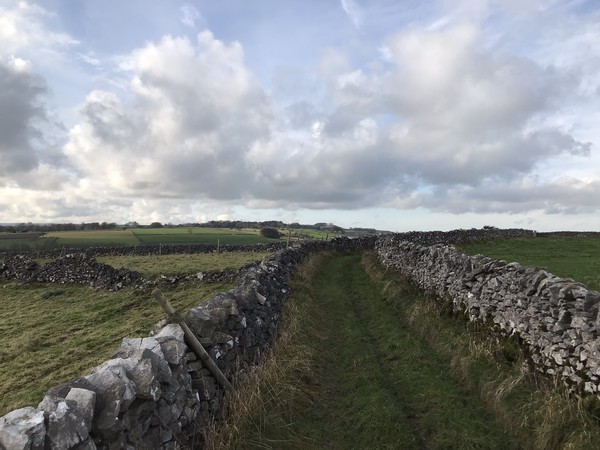 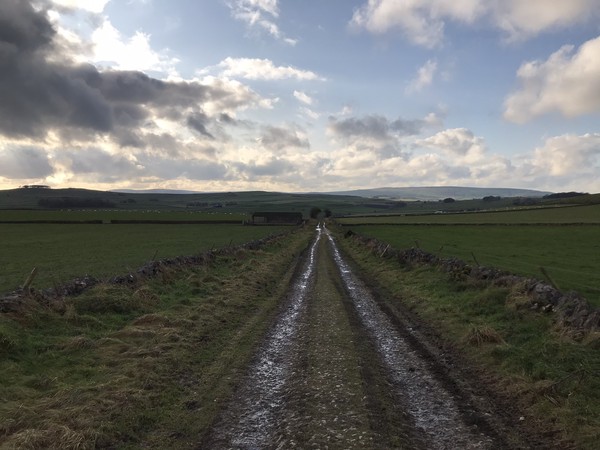 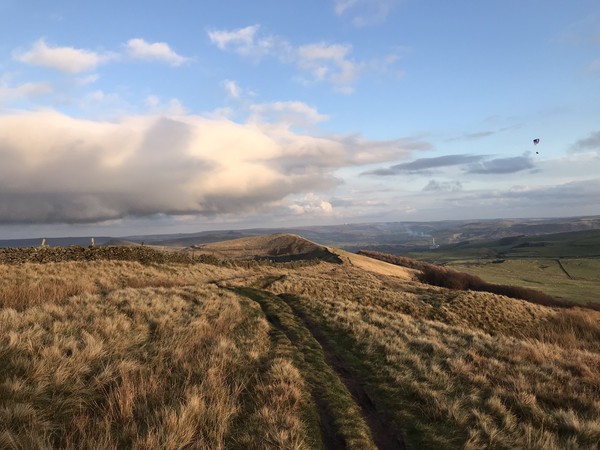 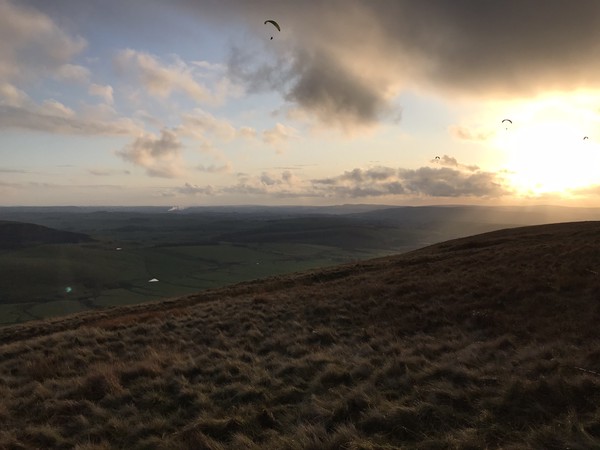 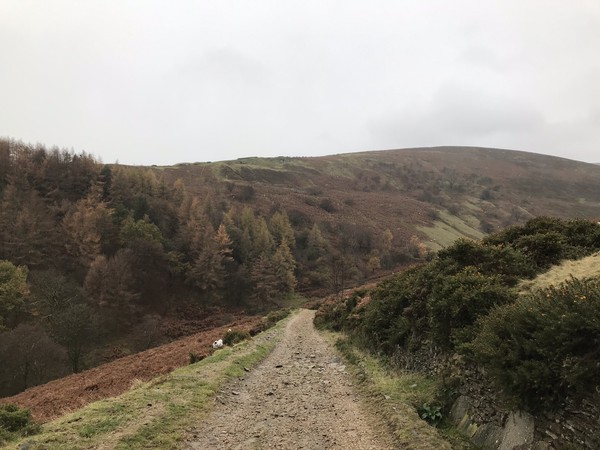 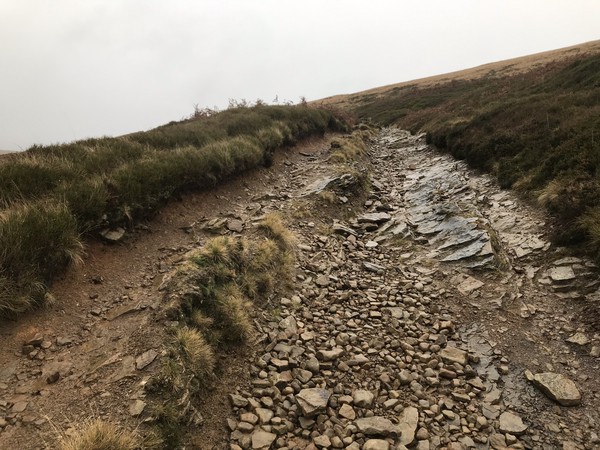 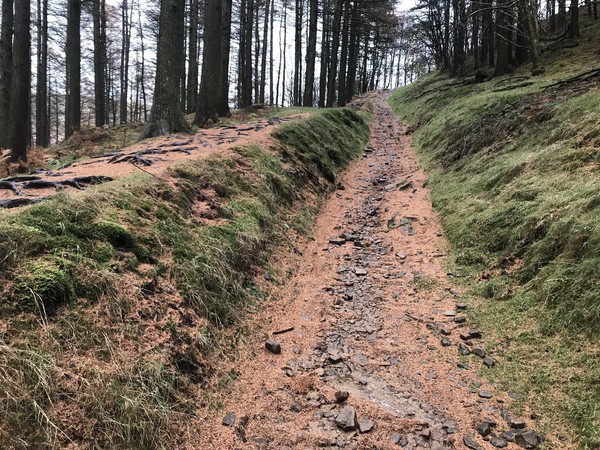 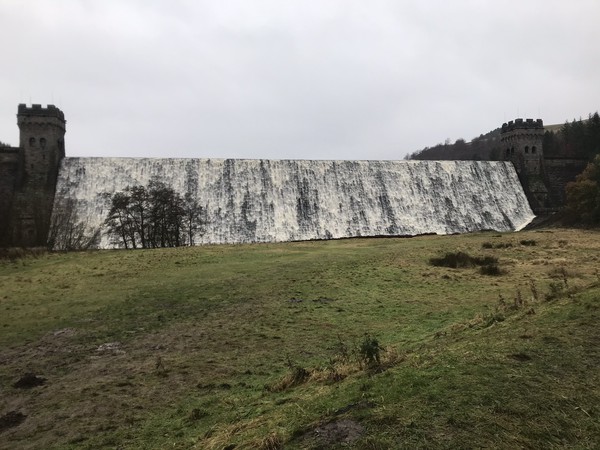 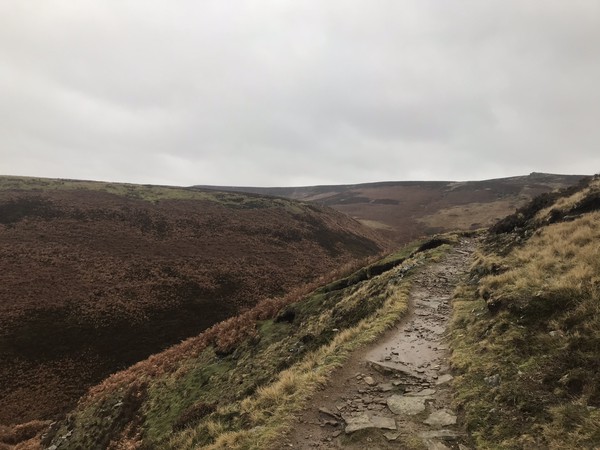 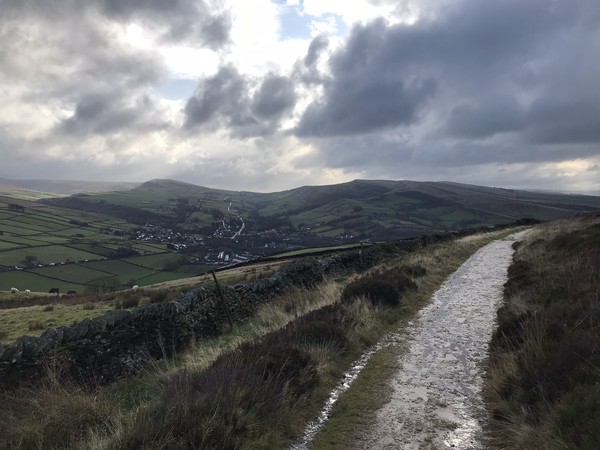 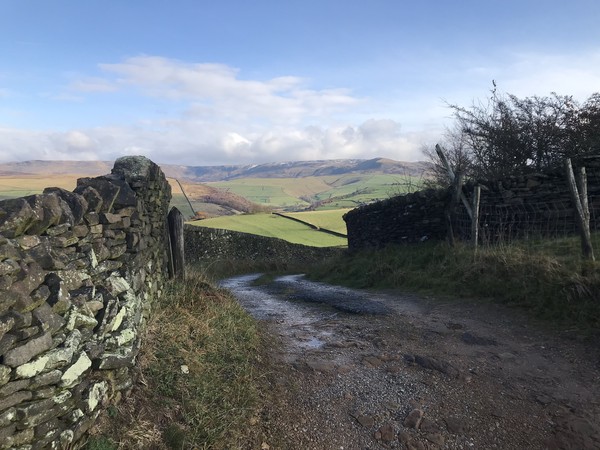 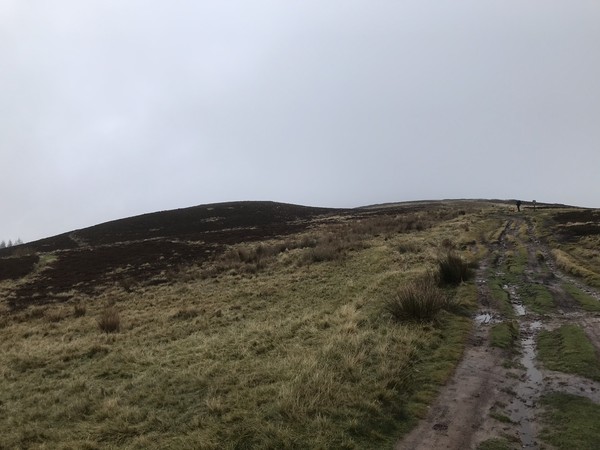 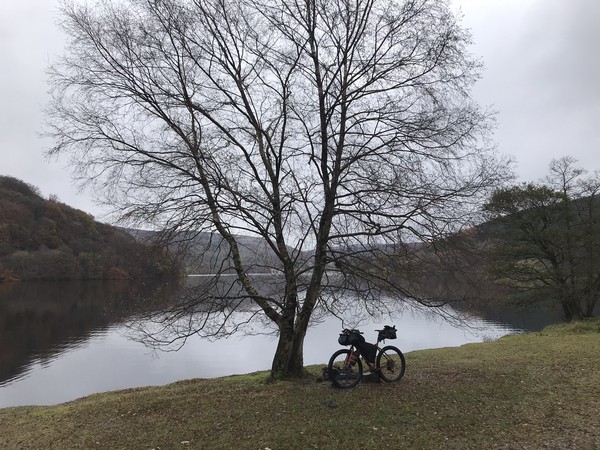